Islamabad: Pakistan on Friday said the social media accounts of its embassy in Serbia have been “hacked”, hours after the official Twitter handle of the mission criticised the Imran Khan government over record-breaking inflation and alleged non-payment of salaries for the past three months.

The verified Twitter account of the Pakistan had tweeted, “With inflation breaking all previous records, how long do you expect @ImranKhanPTI that we [government] official will remain silent & keep working for you without been paid for past 3 months & our children been forced out of school due to non payment of fees. Is this #NayaPakistan?”

A parody song was also embedded in the tweet that mocked Khan for his often used catchphrase ‘ghabrana nahi hai (we do not have to worry)’. 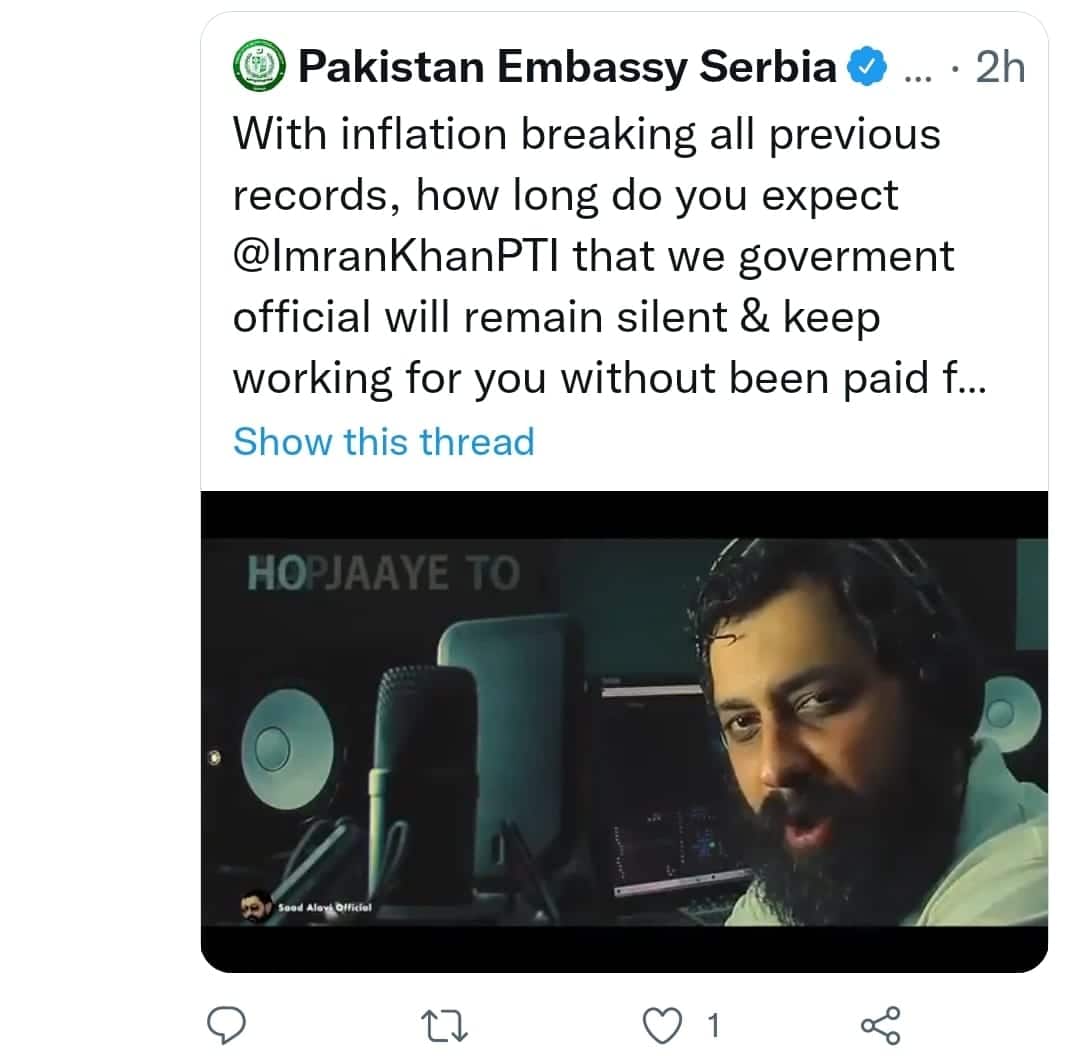 In a tweet, the embassy said: “I am sorry @ImranKhanPTI, am not left with another option.”

Soon after the tweets went viral, the Foreign Office issued a statement on Twitter that the social media accounts of the embassy have been hacked.

The tweets have been deleted.

The prime minister’s digital media aide, Arslan Khalid, also said that the account was “hacked” and the foreign office is “conducting an enquiry into it”.

The “aap nay ghabrana nahi hai” phrase often used by Khan while addressing citizens has become a taunt in Pakistan in the wake of the worsening economic situation and people often tease one another with the jibe.

Khan came to power in August 2018 with the promise to create a ‘Naya (new) Pakistan’, but the slogan has also turned into a joke and common people often demand that he should give them back the ‘Purana (old) Pakistan’.

Earlier this week, data released by the Pakistan Bureau of Statistics showed inflation edged up to 11.5 per cent from 9.2 per cent, the highest increase noted in the past 20 months influenced by a record hike in fuel prices in October.

Petrol prices are at a record high at Rs 145 per litre and rupee is at its record low at Rs 176 against one US dollar.

Khan accuses the opposition parties for destroying the institutions and making it difficult to improve the economic situation. He also blames “mafias” for souring his efforts.