New Delhi: Bride-to-be Ankita Lokhande is all set to marry her longtime boyfriend Vicky Jain before the year ends and her pre-wedding festivities have already begun.

The ‘Pavitra Rishta’ actress has now shared a video where the duo can be seen doing the rituals in Maharashtrian attires. For the occasion, Ankita opted for a pink and green saree with green bangles, while Vicky was seen in a white kurta-pyjama set. Both of them also donned a mundavalya, an accessory worn in Maharashtrian weddings.

Sharing the video on her Instagram handle, she wrote, “Togetherness!

In the video, the soon-to-be married couple was looking madly in love and both of them were blissfully laughing and posing for the shutterbugs. They were also seen touching the feet of the elders in order to seek their blessings. In the end of the video, Ankita and Vicky can be seen dancing on the tunes of Pehli Baar from the movie Dhadak.

Recently, her friend from TV industry Shraddha Arya who recently got married congratulated the couple in her own style and also shared the glimpse of the royal card which Ankita and Vicky have chosen for their D-Day. 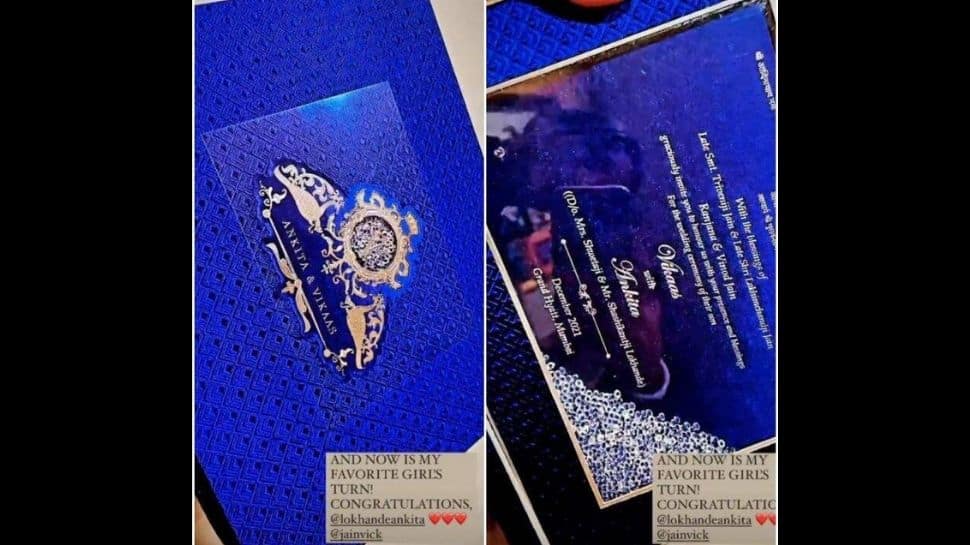 The wedding date inside the card reads December 2021 and the venue says Grand Hyatt, Mumbai.

For the unversed, Ankita and Vicky have been together for more than 3 years now, and never miss a chance to woo their fans with their adorable posts.

Vicky Jain has always stood like a rock through Ankita’s thick and thin.

Ankita shot to fame through her popular TV show ‘Pavitra Rishta’ which also starred her ex-boyfriend and late actor Sushant Singh Rajput. She has also worked in shows including- ‘Ek Thhi Naayka’ and ‘Shakti – Astitva Ke Ehsaas Ki’ to name a few.

She made her Bollywood debut with ‘Manikarnika: The Queen of Jhansi’ and was later seen in a supporting role in ‘Baaghi 3’.