New Delhi: Actress Kareena Kapoor Khan and her ‘girl gang’ which includes sister Karisma Kapoor, Malaika Arora, Amrita Arora and Poonam Damania were hosted by filmmaker and stylist Rhea Kapoor for an early Christman celebration. Fashion designer Masaba Gupta was also invited to Rhea’s dinner for her close pals. Sonam Kapoor’s younger sister is fond of cooking and had herself prepared a scrumptious meal for her friends.

Taking to her Instagram stories, Bebo gave us a sneak peek of her super fun girls night. “One woman show. What a meal. Gold. Thank you my darling Rhea. #VeeresForLife,” Kareena captioned one of the pictures appreciating Rhea’s culinary skills.

In another photo, Kareena was ‘vibing’ with Rhea. The actress also shared a video that showed a center table decked with a tray of snacks elegantly kept on it. Another table had lit candles and flowers decorated on it. The video also shows Karisma and Amrita goofing around each other.

Check out the photos: 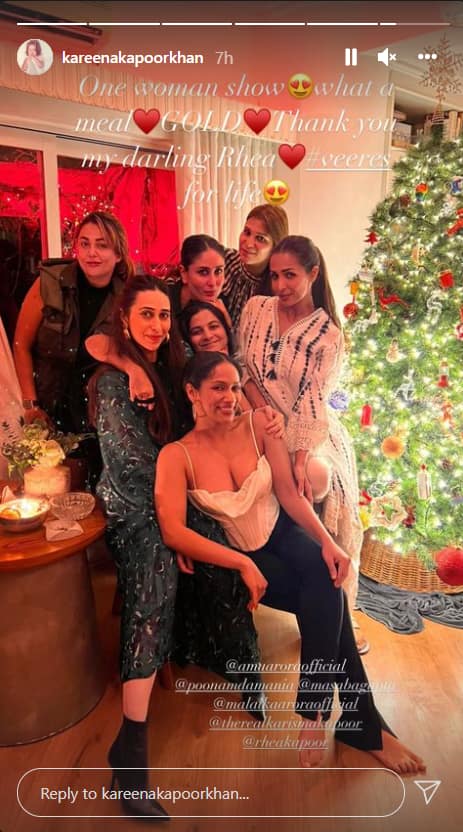 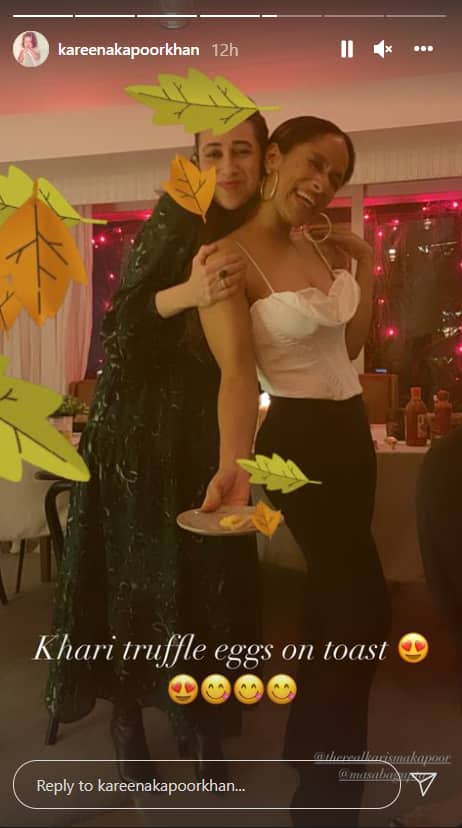 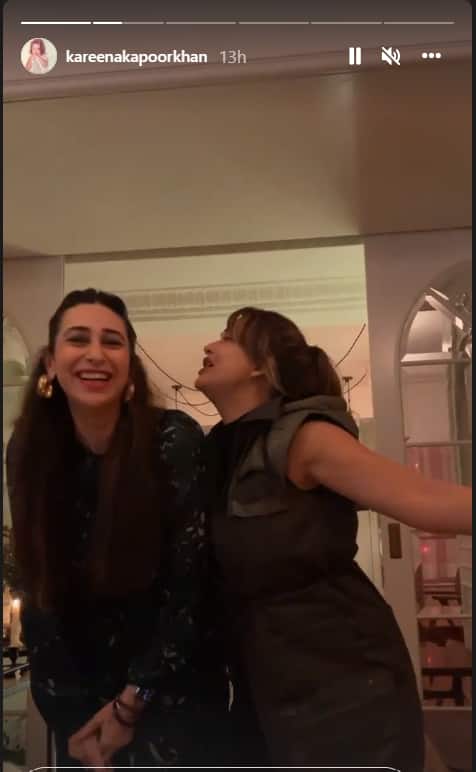 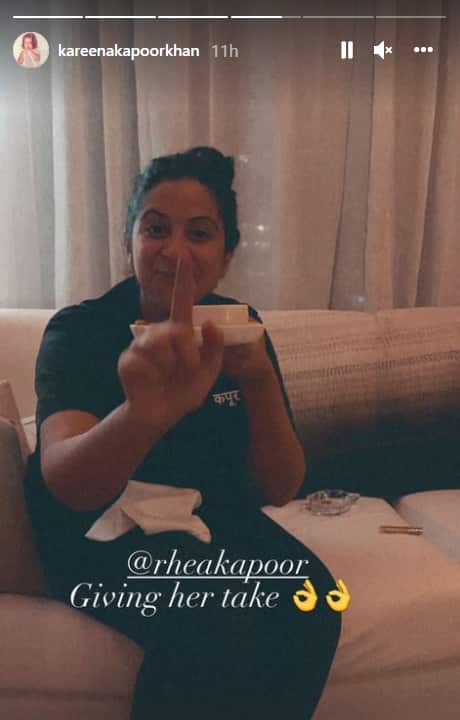 Kareena Kapoor had collaborated with Rhea Kapoor for ‘Veere Di Wedding’. Rhea was one of the producers of the film which depicted the friendship of four childhood girlfriends navigating adult life. Kareena Kapoor, Sonam Kapoor, Swara Bhaskar and Shikha Talsania played the lead. It was also Kareena’s first movie after giving birth to her firstborn Taimur Ali Khan.

The actress will next be seen in ‘Laal Singh Chaddha’ opposite Aamir Khan.