An Indian Army chopper carrying CDS Bipin Rawat, his staff and some family members has crashed in Tamil Nadu. The helicopter has been identified as Mi-17V-5 medium-lifter chopper, one of the most advanced and versatile helicopters in the world today. Although, there are previous crash incidences involving the Mi-series of helicopters, the safety record of the chopper is better than some other cargo choppers in the world. Here’s all you need to know about the Mi-17 V-5 military helicopter-

The Mi-17V-5 is a military transport variant of the Mi-8/17 family of helicopters, globally famous for being versatile, reliable and value-for-money. The helicopters are produced by Kazan Helicopters, a subsidiary of Russian Helicopters in Kazan, Russia. The helicopter can be used in a wide variety of military operations right from troop and arms transport, fire support, convoy escort, patrol, and search-and-rescue (SAR) missions. The Ministry of Defence placed an order of 80 helicopters to the Russian Helicopters in December 2008 for the use of the chopper in the Indian Air Force (IAF). The deliveries began in 2011 and the final unit was handed over in 2018.

An IAF Mi-17V5 helicopter, with CDS Gen Bipin Rawat on board, met with an accident today near Coonoor, Tamil Nadu.
An Inquiry has been ordered to ascertain the cause of the accident.

The Mi-17 transport helicopter gets a large cabin with a standard portside door for passengers and a ramp at rear for quick troop and cargo movement. The helicopter has a maximum takeoff weight of 13,000 kg and can carry upto 36 armed soldiers or 4,500kg of load on a sling. It can be used in variety of conditions including tropical and maritime climates, as well as desert conditions. 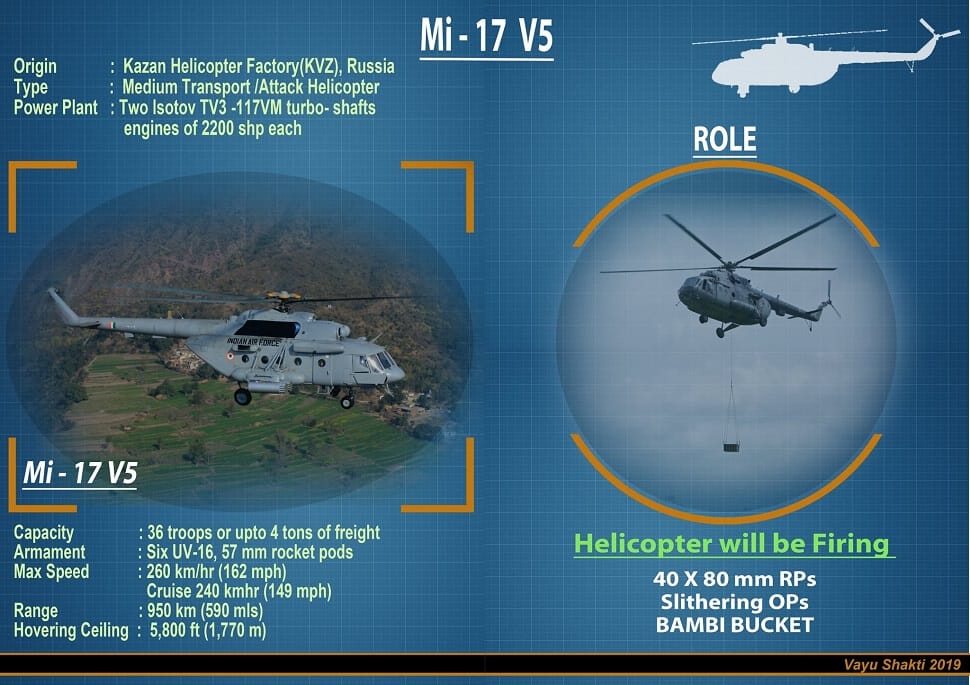 The Mi-17V-5 is equipped with a glass cockpit that gets state-of-the-art avionics, including four multifunction displays (MFDs), night-vision equipment, an on-board weather radar, and an autopilot system. For India, the Mi-17V-5 helicopters also get KNEI-8 avionics suite including navigation, information-displays and cueing systems.

Not just transport, the Mi-17V-5 can also be armed with a wide range of weapons that are required while dropping troops or cargo amidst a hostile environment. It can be loaded with Shturm-V missiles, S-8 rockets, a 23mm machine gun, PKT machine guns, and AKM sub-machine guns. There’s an aft machine gun position for a gunner and can be fitted with armoured plates.