New Delhi: Salman Khan’s sister Arpita Khan and brother-in-law Aayush Sharma sent warm wishes to newlyweds Katrina Kaif and Vicky Kaushal in an Instagram post. It is unclear whether Arpita attended the couple’s magical wedding at Six Senses Fort Barwara, but she has made sure to shower her blessings on the husband and wife.

Arpita, in her post, wrote, “Heartiest congratulations. Wishing you a lifetime of happiness.” 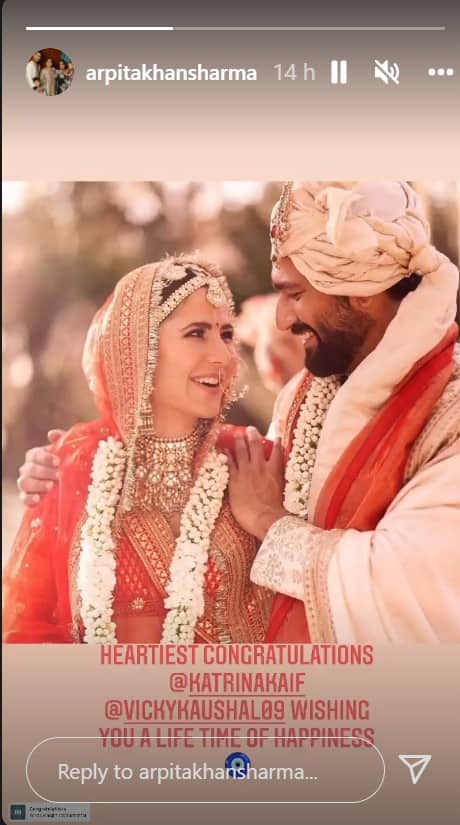 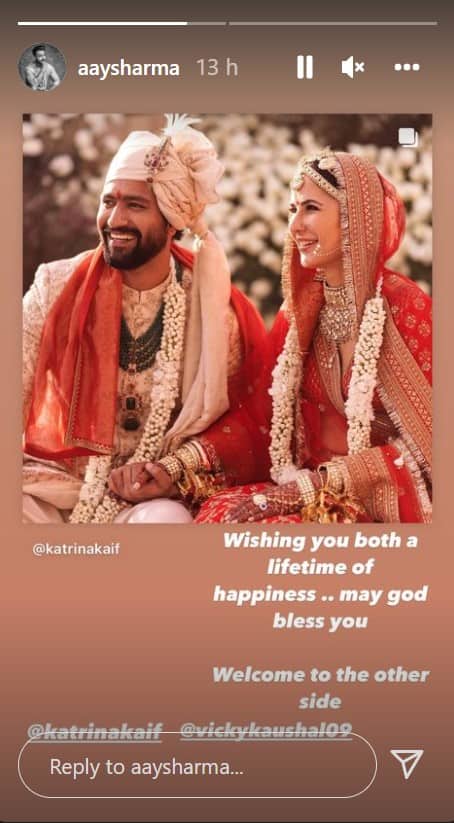 Vicky and Kat took the ‘seven pheras’ on Thursday afternoon in the presence of their families and friends.

Kabir Khan, Angad Bedi, Mini Mathur, Neha Dhupia, Gurdas Maan, Sharvari Wagh, and Vijay Krishna Acharya among many others from the film industry were a part of Vicky and Katrina’s wedding festivities. The couple will reportedly host a reception in Mumbai for their Bollywood friends.

Katrina Kaif’s ex-beau Salman Khan did not attend the wedding as on Dec 8, he flew to Riyadh, Saudi Arabia for his Da-bangg concert tour. The actor had left the country with his bodyguard Shera.

Meanwhile, speaking of Salman and Katrina, the two dated each other for a few years before breaking up in 2010. According to Pinkvilla, Katrina and Ranbir Kapoor came close to each other while shooting for ‘Ajab Prem Ki Gazab Kahani’ and soon they fell in love. That’s when Katrina Kaif decided to part ways with Salman Khan.