Airbus A380, in the recent aviation history, has been the most famous aircraft for both the good and bad reasons. While the sheer engineering to build the world’s biggest passenger aircraft won it many accolades and customers initially, the cost of operating this huge plane pushed multiple potential buyers to stay away from this double deck plane. The lack of demand for the Airbus A380 forced Airbus, the French plane maker to rethink its decision on the production of this giant bird and in February 2019, they decided to kill the A380 program.

As we get ready to hand over MSN272 to @emirates, here’s our Flight Test team sending some ❤️ to all #A380 fans out there. #MondayMotivation pic.twitter.com/2YXkEILdLZ

It seems that the final Airbus A380 will finally roll-off the assembly line in late December 2021 and will be delivered to Emirates, having the biggest fleet of the A380. As per reports, Emirates is scheduled to take delivery of the final Airbus A380 later this month. Ahead of the delivery, Airbus performed last pre-delivery test flight for this massive plane.

The plane bearing MSN 272 number is the 123rd A380 delivered to Emirates and departed Airbus’ Hamburg facility for a tour of northeast Germany and left a heartfelt goodbye to the A380 program in the sky. The image of the same has been shared by FlightRadar24, a flight tracking website. 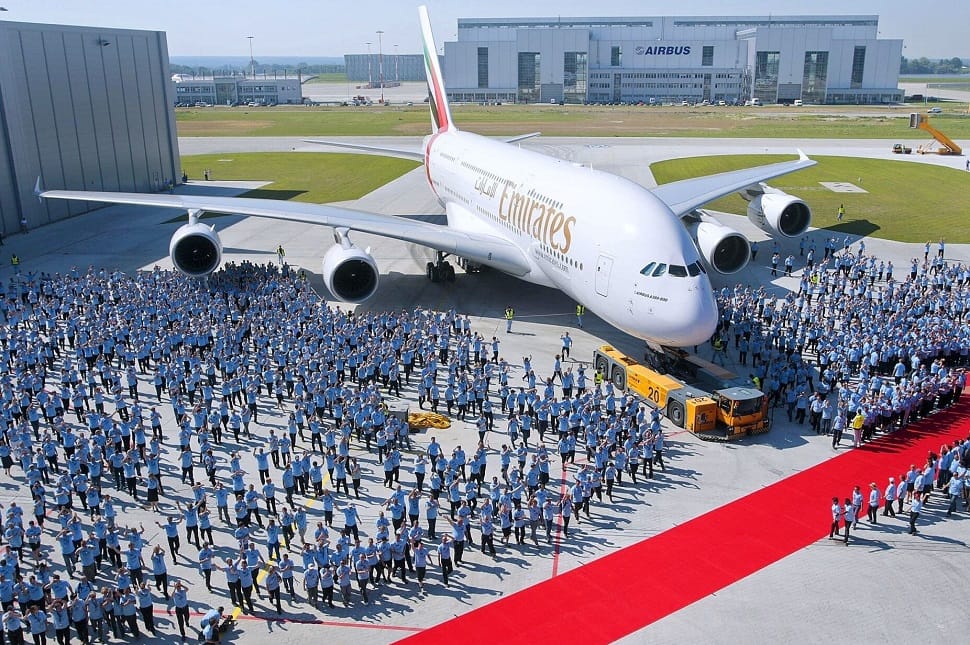 With the delivery of the A380, the production will come to an end, putting closure to a chapter that began on April 27th, 2005. Strangely, it’s the smallest tenure for any aircraft, and more so, for an aircraft with an impeccable safety record. Within 14 years after the aircraft entered service, the program comes to an end. Ironically, its biggest competition, the Boeing 747 Jumbo lasted 50+years in production.

However, end of production doesn’t necessarily mean the end of the Airbus A380 program by a long way. Emirates will continue to operate the A380 for at least a decade, while other airlines who owns A380 and put them at rest have committed to fly them again once the situation improves.