New Delhi: Prime Minister Narendra Modi, who was recently in his parliamentary constituency Varanasi, left an indelible impression on the hearts of millions of Indians by touching the feet of a divyang (differently-abled) woman who came to meet him.

According to reports, a differently-abled woman named Shikha Rastogi had come to meet PM Modi shortly after he inaugurated the Kashi Vishwanath Corridor project in Varanasi. 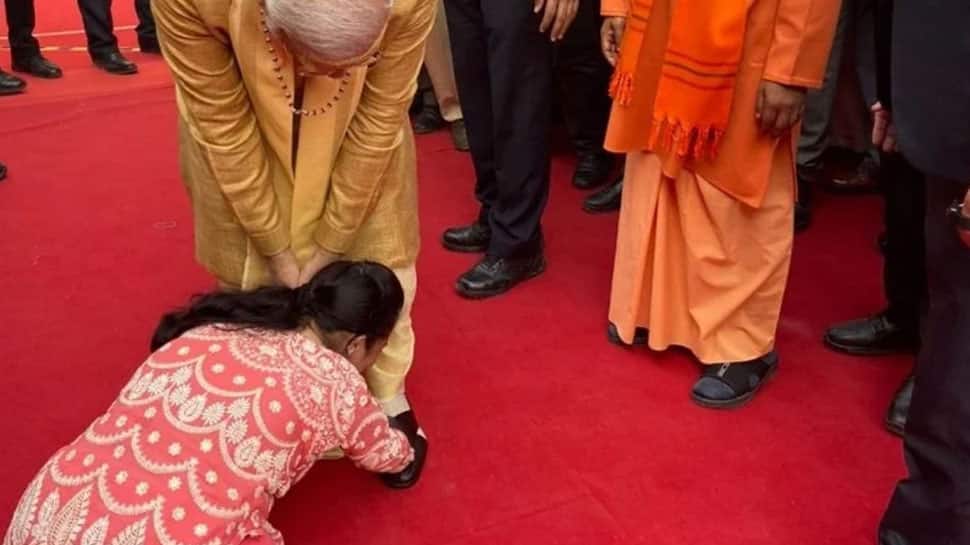 On seeing the woman, the PM asked about her well-being and when she stepped forward to take the Prime Minister’s blessings, the PM stopped her and instead touched the woman’s feet. 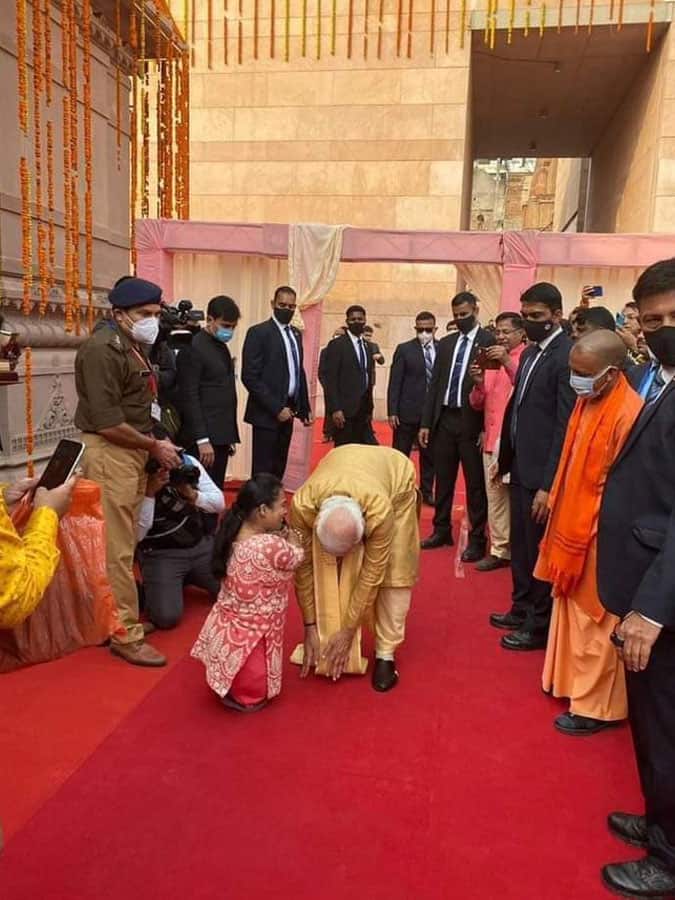 The sight of India’s Prime Minister, who is also one of the world’s most powerful political leaders, touching the feet of a differently-abled woman left everyone present there spellbound.

The woman was deeply touched by the PM’s heart-warning gesture and was seen standing with folded hands and expressing her gratefulness to the PM.

Soon after this, UP CM Yogi Adityanath also came forward and greeted the disabled woman.

The picture of the PM touching the feet of the woman in the presence of Uttar Pradesh Chief Minister Yogi Adityanath, his security personnel and state government officials went viral in no time and was widely shared on the social media platform.

“This is an honour for all women’s power. We all are proud of our Prime Minister Narendra Modi,’’ she tweeted.

The PM, who is known for his deep respect for the elderly citizens, women and children, has in past left everyone mesmerized by such heart-warming gestures.