The Indian cricket team landed in Johannesburg for a three-match Test series followed by ODIs, starting with a Boxing Day Test from December 26 in Centurion. Team India cricketers arrived with their spouses and families including India’s red-ball captain Virat Kohli with Bollywood star wife Anushka Sharma and daughter Vamika.

Virat and Anushka will be celebrating their daughter’s first birthday, which is on January 11 in South Africa. Team India are staying in a five-star resort – Irene Country Lodge in Pretoria – and Anushka Sharma gave a glimpse of the resort in an Instagram story posted on Thursday (December 16). 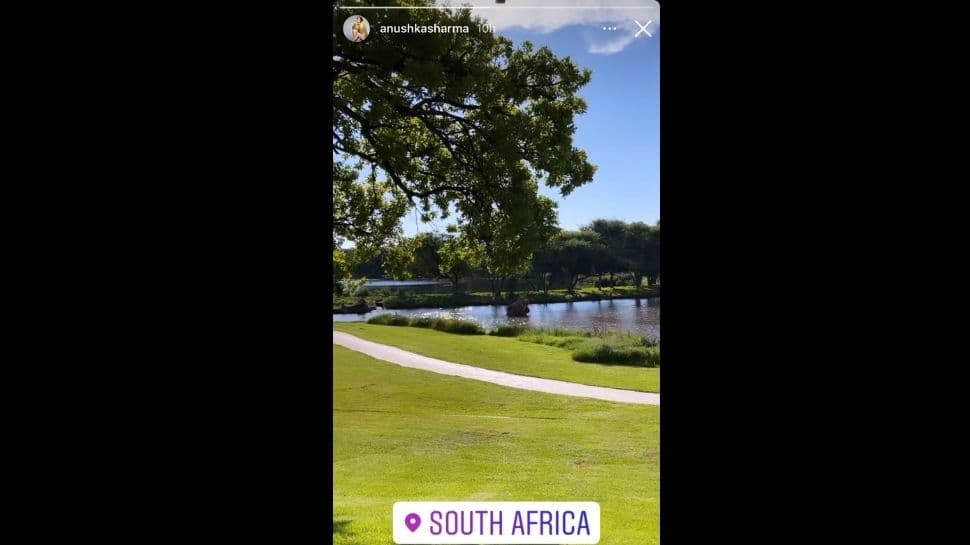 The Irene Country Lodge has already hosted a couple of successful bio-bubbles – with South Africa, Sri Lanka and Pakistan cricket team staying here over the course of this year. The Board of Control for Cricket in India (BCCI) on Thursday shared pictures of the Indian squad at the Johannesburg airport. ‘Touchdown South Africa’, tweeted the BCCI.

Earlier on Thursday, the Indian cricket board shared pictures of team members – Jasprit Bumrah, Cheteshwar Pujara, Ajinkya Rahane, Shardul Thakur, Mohammed Siraj, and Shardul Thakur – from the flight before leaving for Johannesburg. “All buckled up, South Africa bound,” wrote the BCCI on Twitter.

On the tour to South Africa, which was largely in doubt due to the Omicron variant of COVID-19 surging in the Rainbow nation, India will play three Tests and three ODIs as part of the revised schedule. But the four T20Is, part of the original itinerary, have now been deferred and will be played at a later date.